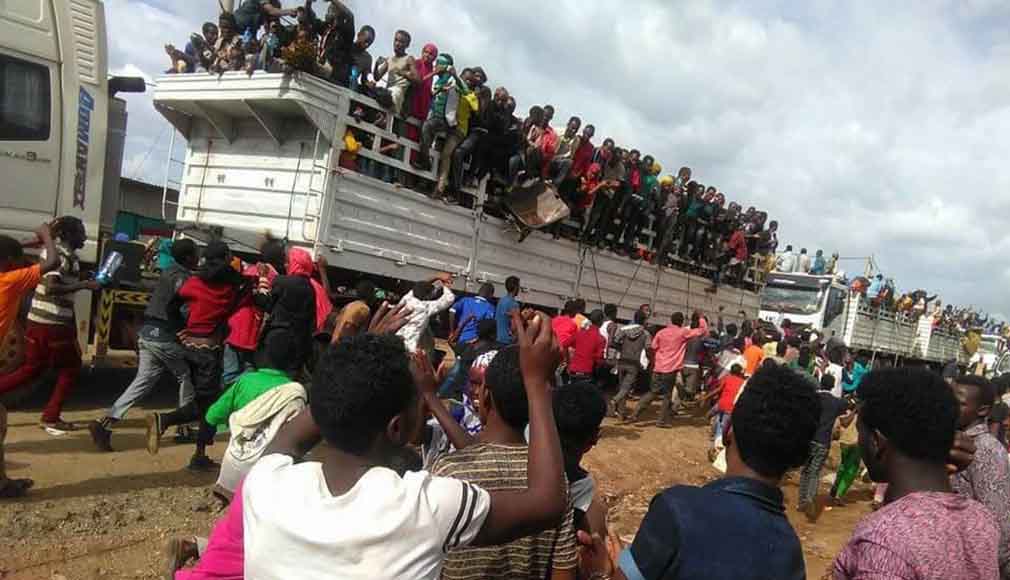 Association for Human Rights in Ethiopia (AHRE) is very troubled by repeated violent incidents of violence in Eastern Ethiopia that led to the killings of dozens of civilian ethnic Oromos and Ethiopian Somalis in the past week.

The recent incident came amid ongoing tension in the border areas of Oromia and Ethio-Somali regional states that had already left several dead from both ethnic groups. Multiple sources reported that at least 16 Oromos were killed by Ethiopian military forces on 11th December 2017. According to VOA Amharic[1], 9 were initially killed in Chelenko town while they were heading to report complaints to the town administration office of a previous unlawful killing of a civilian by the Somali Paramilitary force Liyu Police.

Situations have worsened the following days, and scores of civilians from both regions were killed in Hawi Gudina and Daro Lebu weredas of Eastern Harerge. According to Addisu Arega[2], head of communication bureau of Oromia regional state, armed men killed 29 Oromos and burnt more than 360 houses in the last 3 days. Following this, some acted in vengeance and killed 32 Ethiopian Somalis; other sources put the number to at least 50.

In recent months there have been series of ethnically motivated bouts of violence in different parts of the country, including in different universities that led to the killings of students, based on their ethnic identities.

AHRE has already released statements on earlier similar incidents of violence and has called on independent bodies, such as UN to urge the Ethiopian government to bring peace to the country before situations take a point of no return. AHRE reiterates its call once again to the UN to send its own inquiry into Ethiopia, currently highly volatile to a rising degree of ethnic war, to investigate and halt the likelihood of further ethnic conflicts ahead, before things go out of control.

AHRE also urges UN High Commissioner for Human Rights and other international institutions to, in the strongest terms, urge the Ethiopian government to: