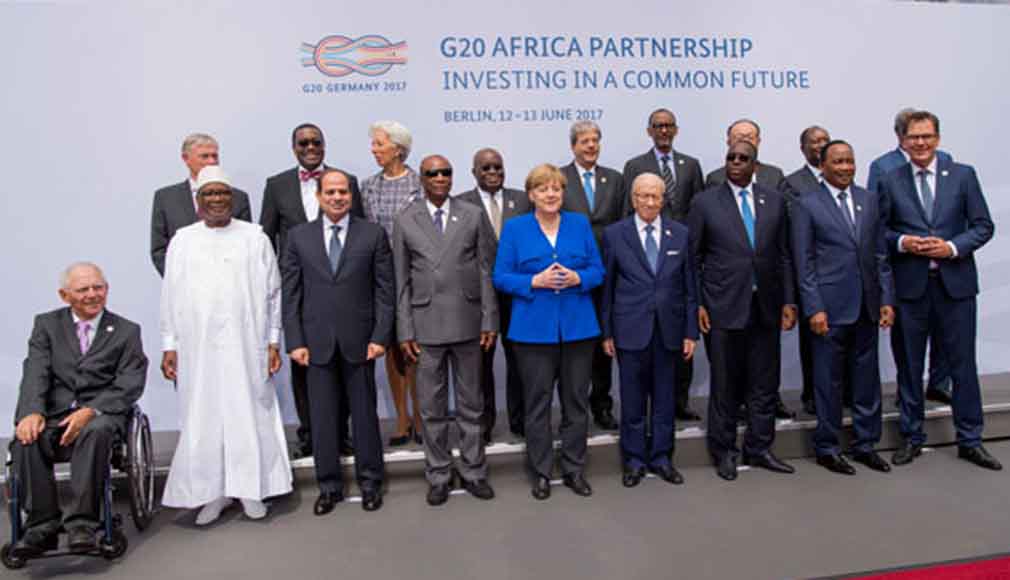 More than half of Africans are under 25 years old and the population is set to double by mid-century, making economic growth and jobs essential for the young to stop them from leaving, Merkel has said.

Germany’s partner nations are Ghana, Ivory Coast and Tunisia, while Ethiopia, Morocco, Rwanda and Senegal are also taking part. Far poorer nations such as Niger or Somalia are so far not on the list.

“We are ready to help interested African countries and call on other partners to join the initiative,” said the G20 in their final communique.

The plan, as well as multinational initiatives on helping girls, rural youths and promoting renewable energy, would help “to address poverty and inequality as root causes of migration”.

Some 100,000 people, most of them sub-Saharan Africans, have made the dangerous journey to Europe across the Mediterranean in rickety boats this year as the migration crisis shows no sign of abating.

Anti-poverty group ONE said that the investment compacts “promised much, but too many G20 partners missed the memo and failed to contribute.

“The flimsy foundations must now be firmed up, follow through and improved, especially for Africa’s more fragile states.”

The group’s Jamie Drummond said that “this will be the African century and Chancellor Merkel wanted the G20 to get on the right side of history, but internal strife and division scattered the G20 away from this visionary path.”

Oxfam judged that the plan “rests on the dangerously naive assumption that boosting private investment will automatically help the poorest in the continent.

“If left unchecked, the Compact might simply line the pockets of wealthy foreign investors.”